收藏
笔记
反馈
我的笔记
5000
保存
Directions: You have 20 minutes to plan and write your response. Your response will be judged on the basis of the quality of your writing and on how well your response presents the points in the lecture and their relationship to the reading passage. Typically, an effective response will be 150 to 225 words.
Summarise the points made in the lecture, being sure to explain how they cast doubt on the specific points made in the reading passage.
题目原文：
Many birds engage in anting, a behaviour in which a bird approaches a colony of ants (small insects), picks up ants with its beak, and rubs the ants on its feathers. Since ants instinctively defend themselves by spraying formic acid, the bird ends up with formic acid on its feathers and skin. There are several theories about the possible benefit that birds get from anting. Relief of Skin Irritation during Feather Change Anting behaviour typically takes place during the summer. This fact leads some scientists to believe that the function of anting is to relieve skin irritation that birds feel, especially during summer months. In summer, birds lose old feathers and grow new ones. The formic acid, which the birds apply to their feathers and skin through anting, may act as a kind of skin lotion, helping to soothe the skin irritation caused by feather loss and replacement. Protection against Parasites Another theory is that the formic acid helps the birds protect themselves from external parasites, such as mites and ticks, that can infest their feathers or skin. In anting so the theory goes a bird is essentially using the formic acid that it spreads over its feathers and skin as a chemical defence against parasites. Food Preparation A third theory is release of formic acid makes it possible for the birds to feed on the ants. Formic acid tastes bitter; if the birds provoke ants into releasing the formic acid, the bitter taste is removed from the ants’ bodies and the birds can feed on the ants without tasting the bitterness. So, according to this theory, anting is just a way for birds to make sure the ants taste good.
题目音频：
/
听力原文

Lecturer: It’s still pretty unclear how anting behaviour benefits birds. None of the theories proposed in the reading is really convincing. The main argument in favour of the first theory is the timing. Birds engage in anting in the summer, and they change their feathers in summer as well. And so it seems that one is related to the other, but maybe there’s a completely different reason why birds engage in anting during the summer. You see, ants are more active during the summer and it’s much easier for birds to find them then than during other seasons. Maybe the simple reason why we see birds’ anting during the summer is that birds are simply able to find many more ants during the summer than at any other time. The fact that birds also happen to change their feathers during the summer could be just a coincidence. Second, the theory that formic acid that’s released during anting protects birds from harmful parasites. Well, if this was the case, we would expect birds that engage in anting to have fewer parasites, like mites, or ticks than birds that don’t engage in anting, but research shows, that this is not the case. Birds that engage in anting do not seem to have significantly fewer parasites. Third, it seems doubtful that by rubbing ants on their feathers birds are preparing the ants for eating them later. You see, this behaviour of rubbing stuff on their feathers is quite instinctive, and birds engage in it even if the things they’re rubbing are completely unsuitable for eating. For example, birds have been observed to pick up things like pieces of cigarettes or, pieces of soap and rub them on their feathers, and they certainly didn’t eat any of that stuff later, so it seems that this behaviour of rubbing things like ants on feathers is not related to eating. 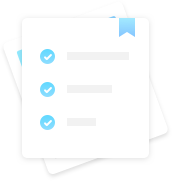